I found something cute today.

This Instagram. Daily Horse Drawings. Amy Hensley-Davies submits a drawing a day to Instagram about horses, and frankly, it's an amazing idea. One I want to try on my own! But before we get into all of that, I'd like to share a few of my favorites. 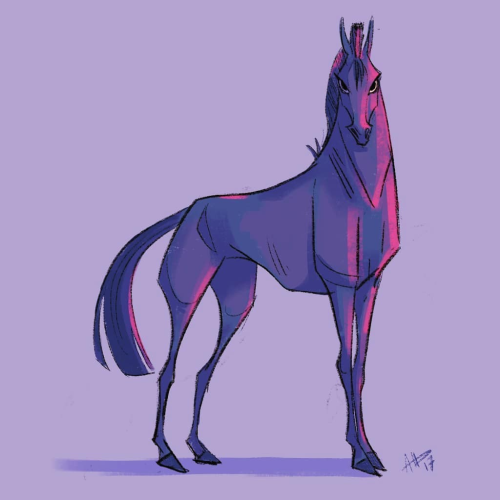 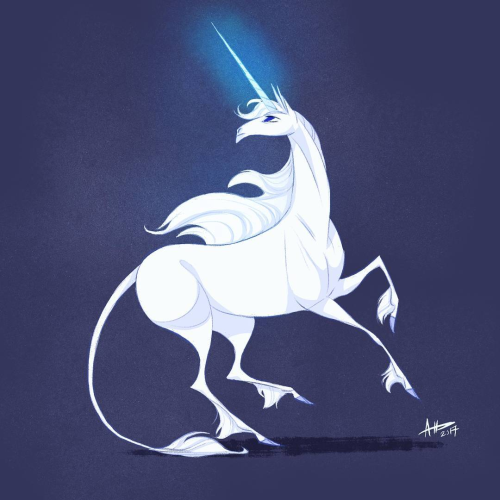 One of my favourite books and animated films!

Which, by the way, is a book every horseman should read. I've included a brief summary of the book by Peter S. Beagle here:

"She was magical, beautiful beyond belief -- and completely alone...

The unicorn had lived since before memory in a forest where death could touch nothing. Maidens who caught a glimpse of her glory were blessed by enchantment they would never forget. But outside her wondrous realm, dark whispers and rumours carried a message she could not ignore: "Unicorns are gone from the world."

Aided by a bumbling magician and an indomitable spinster, she set out to learn the truth. but she feared even her immortal wisdom meant nothing in a world where a mad king's curse and terror incarnate lived only to stalk the last unicorn to her doom..."

Or watch it at home with friends! The animated movie was made in 1982 and still holds up today!

"A brave unicorn and a magician fight an evil king who is obsessed with attempting to capture the world's unicorns."

But where were we? Yes, one more daily horse drawing! 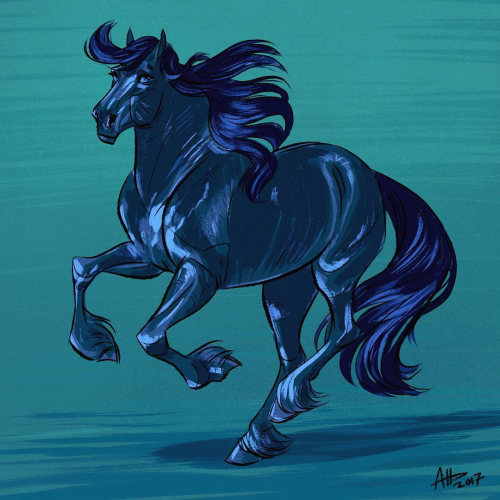 DHD 095: Friesian Ok, woah... It's been a few months. Sorry folks! Moving back to Wales from London took a bigger toll on me than I originally expected. Some extremely positive! Some...a little more difficult to deal with. Everything has been a big change. But here I am again, ready to doodle away! ðŸ˜Œ I need to check through the last post because you all had some fantastic obscure suggestions. Next drawing will be something mentioned there. Nice to be back ðŸ˜Å½

So, as you can see, it's a cute challenge. I challenge all of YOU to do the same... and we'll start with my own masterpiece to add to the collection. 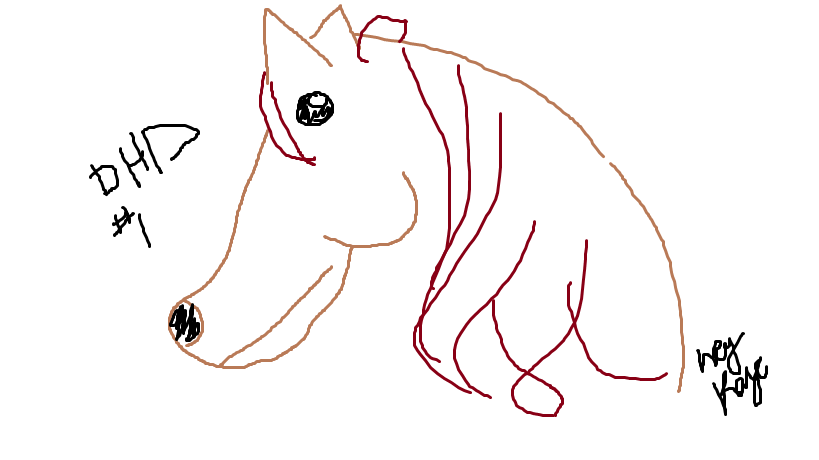 It's nice, right? ....right?! Alright, my skills in MS Paint need some work. Badly. Can you even tell what it is?

...maybe I shouldn't have put my name on it.

Thanks! Your brochure will be on its way shortly.

Another Fun Horse Activity for Kids

The Power of a Bond: Velvet and Val

If You Give a Woman a Horse

A Fun Way to Teach Students About Grooming

The Best Gift You Can Give Your Horse

Connect with Of Horse